The Stained Glass Of AWN Pugin
Stanley A. Shepherd

In 2000 Alastair was commissioned by the scholar, Stanley A. Shepherd to take photographs for his book, The Stained Glass of A.W.N. Pugin, which was published by Spire Books in 2009, to favourable reviews, although much research and photography remained still to be done.

Oxford University Press published five volumes of Pugin’s letters, edited by Margaret Belcher, which Stanley meticulously studied, adding all references to stained glass into his text. This, and other new research, took around 10 years, during which Alastair was travelling the UK photographing additional Pugin glass, from the wonderful St Margaret’s Convent in Edinburgh to a semi-derelict church in Castlemartin, Pembrokeshire and was even given permission to have Bicton Mausoleum in Budleigh Salterton opened so that he could photograph the little known Pugin glass.

A substantially revised edition had now turned into two combined volumes, owing to the thoroughness of Stanley's research and the addition of over 250 new unpublished photographs, as well as a new Gazetteer. The truly remarkable Gazetteer, perhaps the greatest part of Stanley’s legacy, painstakingly catalogues every known piece of Pugin glass, describing the design, recording the size and location of each window, and adding corresponding comments from all of Pugin’s relevant letters, plus client details etc. Stanley and Alastair were privileged to be given access to a private collection of Pugin’s sketchbooks from his tours of Cathedrals at Evreux, Rouen and Chatres in 1849 and 1851. An extremely important previously unseen body of work, offering an insight into Pugin’s thinking about stained glass and its colouring, they are reproduced here for the first time.

The majority of corrections to the text had been made and Stanley had chosen what still needed to be photographed when, sadly, he died. His brother, Arnold Shepherd, was keen for Stanley’s research not to have been in vain. On the discovery of Stanley's final notes it was decided that the books would be produced in the form of a website allowing Stanley’s scholarship to be accessible, without charge, to all with an interest in Pugin stained glass.

To access The Stained Glass of A.W.N. Pugin please click the link below. This will provide over 700 printable pages of research and hundreds of Alastair's photographs free of charge. More photographs hope to be added in the future if funding allows. It is hoped that Stanley Shepherd's outstanding contribution to the research of Pugin’s stained glass will be enjoyed and valued for many years to come.

Download The Stained Glass Of A.W.N. Pugin. Free of charge.
NOTE: This is a huge download at over 1GB in size - so an unmetered broadband connection is recommended! 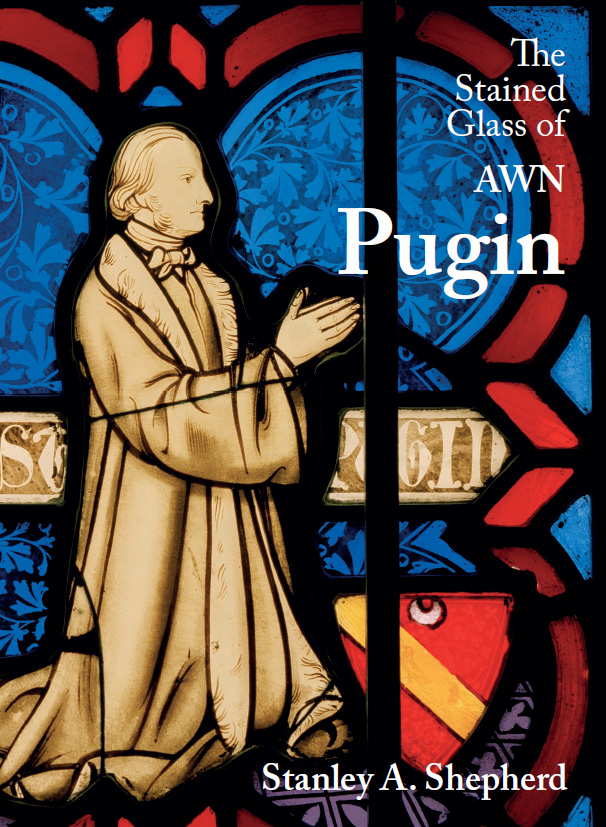